You are here:
May 12, 2020Leave a commentAerial Photography/Video 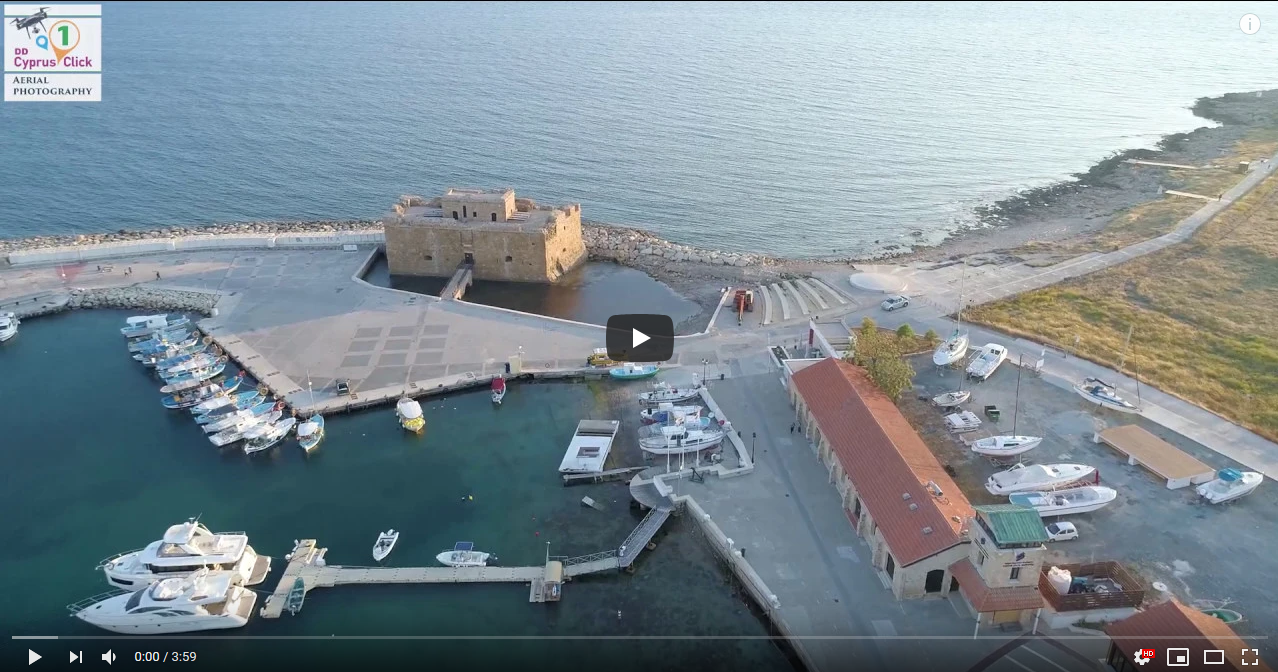 Paphos and Cyprus in general has been a top attraction for millions of tourists every year. Unfortunately this summer season hasn’t start yet cause of the corona virus.

This Video is recorded On April.29.2020. On this video you can see the Paphos Castle area and Harbour that usually is packed with thousands of tourists every year but now its empty because of the Corona virus pandemic. You can spot only few people who are walking for exercise and very few cars.

It was originally built as a Byzantine fort to protect the harbour. It was then rebuilt by the Lusignans in the thirteenth century after being destroyed in the earthquake of 1222. In 1570 it was dismantled by the Venetians.

After capturing the island, the Ottomans restored and strengthened it. Throughout the ages it has seen many uses. It has served as a fortress, a prison and even a warehouse for salt during the British occupation of the island. More recently the castle serves as a backdrop to the annual open air Paphos cultural festival which takes place in September.

It was declared a listed building in 1935 and represents one of the most distinctive landmarks of the city of Paphos. Several archaeological excavations have taken place to investigate its past.

Subscribe for more.
PRESS HERE TO SUBSCRIBE
and don’t forget to press the bell to get notified when we upload new videos.