How Important Is Responsive Design?

You are here:
November 20, 2015Leave a commentWeb design 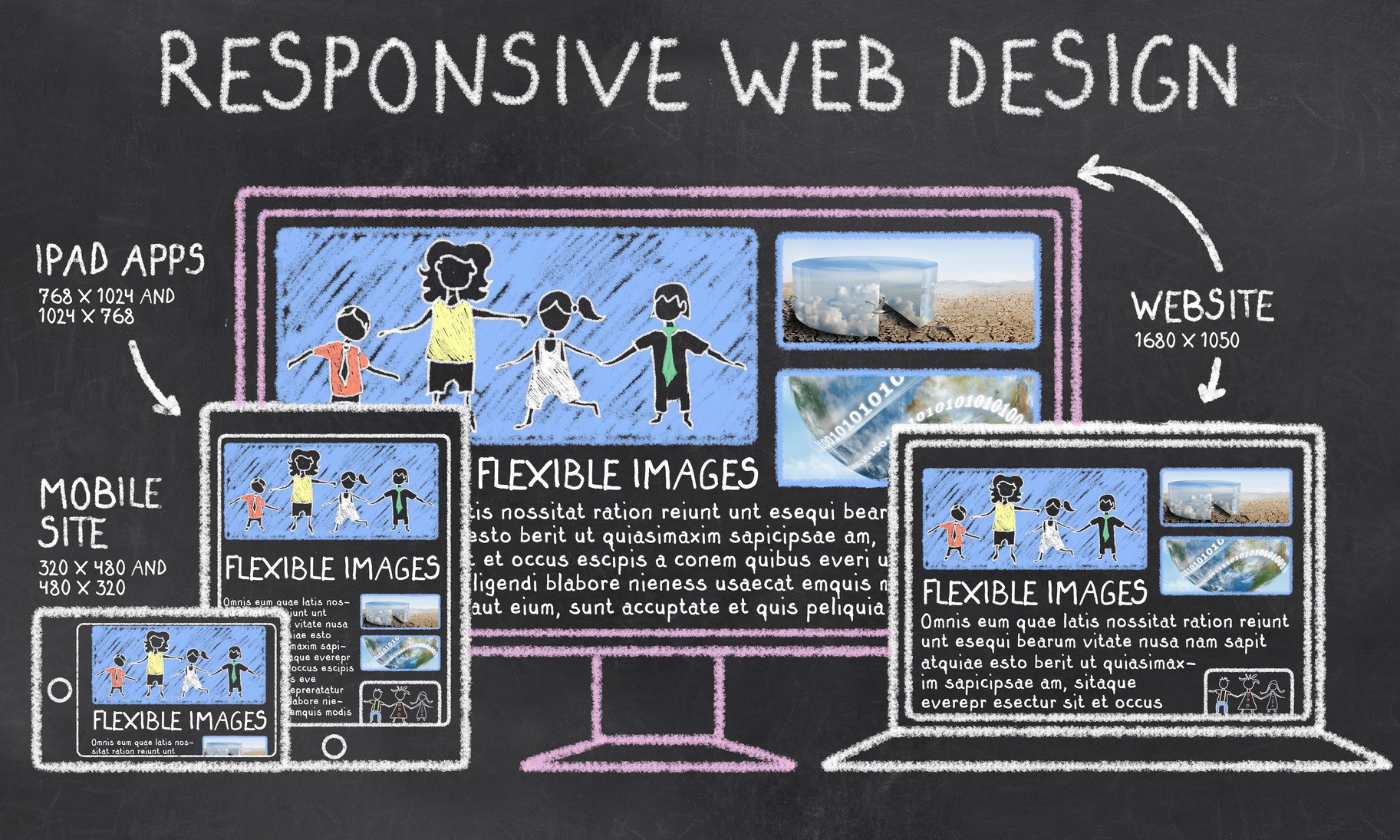 As more people are beginning to use mobile devices, like smartphones and tablets, for every task that used to be only capable on desktop, one thing has become clear: mobile is taking over Internet surfing. And, it’s not even just surfing. It’s everything from browsing social media outlets, checking emails and doing some online shopping.

Because mobile Internet usage is increasing steadily, it’s extremely important that your website is mobile friendly. Usually this isn’t a major concern. You have a website designed for desktop users and another site specifically developed for mobile users. But, is it possible to have a site that is equally favorable for both desktop and mobile users?

There actually is a design that can handle both types of users. And it’s called responsive web design.

What is responsive design?

A responsive design simply means a website that has been constructed so that all of the content, images and structure of the site remains the same on any device. For example, when a user accesses a site on their desktop, they are getting the full view of the site. But when that same user goes to visit the site from their smartphone or tablet, the site will retract to fit on the smaller screen.

In other words, with a responsive website design, you don’t have to have worry about having different websites for various devices or making sure that your site runs properly on a mobile device.

But there are some other really important reasons why you should make the switch to responsive design for your website.

Take a step into the outside world and you’ll definitely notice a lot of people on their mobile phones. In fact, it seems that just about everyone is attached at the hip with their smartphone. For some reason, however, there are many businesses who have not yet picked up on this trend. Maybe they could use the following stats from Smart Insights to convince them how much mobile usage has skyrocketed.

More than 20 percent of Google searches are now being performed on some sort of mobile device.
In 2012 over half of all local searches were done on a mobile device.
25 percent of Internet users only access the internet via a mobile device in the United States.
25.85 percent of all emails are opened on mobile phones, with another 10.16 percent being opened on tablets.
In 2014 mobile Internet usage is expected to overtake desktop usage.
Out of the 4 billion mobile phones in the world, 1.08 billion are smartphones and 3.05 are SMS enabled.

We all know that Google is a really big deal. In fact, the Big G claimed 67 percent search market share in 2013, making it the most popular search engine in the world. So, if Google claims that it prefers responsive web design as the recommended mobile configuration, you better take that as a hint — which was confirmed by Google’s Pierre Farr in June 2012.

But why does Google prefer responsive design? For starters, it’s more efficient for Google to bot crawl the site and then index and organize all the content that is online. The reason for this is that with responsive design, all sites have just one URL and the same HTML across all devices. When a business has both a mobile site and desktop site, there will be a different URL and different HTML for each. This forces Google to crawl and index multiple versions of the same exact site.

Also, when there is just one website and URL, it’s much easier for users to share, engage and interact with the content on that site as compared to a site that has different pages for mobile and desktop users. Google is a fan of that as well. Why? Because what if someone shared a mobile site on a social media outlet and one of their connections viewed that mobile site on their desktop? That viewer would then be viewing a less than optimal site because it was intended for mobile. This makes the user unhappy.

And Google realizes that unhappy people will go elsewhere, meaning that bounce rates increase and the site will not rank on mobile searches. This creates a whole big headache involving Google’s external link algorithm and on-page errors. Which in turn, also harms your SEO.
In other words, it’s just bad for business for both Google and all of the websites that aren’t taking advantage of the benefits of responsive design.

Besides all of the search benefits, as well as making users happy, responsive design has the ability to increase those coveted conversion rates from all of the mobile users in the world. Why? Well, if a website is not working on mobile or tablet device, users will obviously be unable to convert. And how many people are doing online shopping from a mobile device? There has been research that found 69% of tablet users shopped on their device within the last 30 days.

So, when a user has to do more work than needed to complete a conversion, do you think that they will still convert? It’s less likely they will convert. However, there’s a little more to it than that. For example, since a responsive website design can adjust to any screen, developers have control on how all of those conversion elements will display on mobile and tablet.

We’re guessing that you’re involved with inbound marketing. But even if you’re not, you still realize how important blogging and social media are in the 21st Century. In fact, if you have not implemented some sort of social media strategy in your marketing campaign, you’re missing out on a lot of leads. But, social media has also now gone mobile, which you may have noticed. How important is mobile for social media users? According to a study from ComScore, 55% of social media consumption happens on a mobile device.

This is a really vital stat because what’s the point of sharing content on social media if it’s not compatible with mobile devices? Again, if a website isn’t functioning on a mobile device, users get frustrated and leave. High bounce rates = low conversion rates. And, that puts everyone in a foul mood.

We’ve briefly touched on this before, but responsive design gives users a better experience. For example, users don’t have to fool around with zooming and shrinking the text or images on screen. Instead, all of the content automatically adjusts to the screen of the device. This makes it easier and more convenient for users to read and navigate on your site.

And, there are stats to further illustrate why the experience of users is so important. According to Google’s Think Insights on Mobile, whenever someone arrives on your mobile website and is frustrated, or doesn’t see the content that they are searching for immediately, there’s a 61 percent chance they will leave and head to another website. However, whenever a user has had a positive experience with your mobile website, that individual will be 67 percent more likely to buy a product or use a service. Furthermore, 48 percent of users stated to Google that when a site doesn’t function on their mobile device it makes them feel that the company does not care for their business.

A better user experience also makes it easier to be reached and complain. If people are able to contact you and find a way to complain to you have a much lower probability of them going online through social media and complaining.

Going back to SEO for moment, if you have separate desktop and mobile sites, you’re going to have to run separate SEO campaigns for each. Wouldn’t it just be easier to manage only one SEO campaign and one website? That would make not just your customers happy, but also your team including everyone from developers to content marketing managers. More importantly because you only have one site, responsive design is more cost effective as well

Stay Ahead of Competition

In the business world, you have to stay ahead of the competition. So, if more and more users are using their mobile devices to search and make purchases online, you have to cater to that audience by having a mobile-friendly site. In fact, 85 percent of adults believe that a mobile site must be as good, if not better than, a desktop site.

If that doesn’t convince you enough. Here at DD Cyprus1Click We have redesigned many company sites to have a responsive design. Their mobile conversion (people contacting them) tripled overnight as well as people coming to their site doubled. Stay ahead of your competition and have a site that stands out. It’ll make the difference.

Chances are that you competitors aren’t making use of responsive designs, which means that they are losing out on potential customers. And, that is where you can stay ahead and take those customers away.